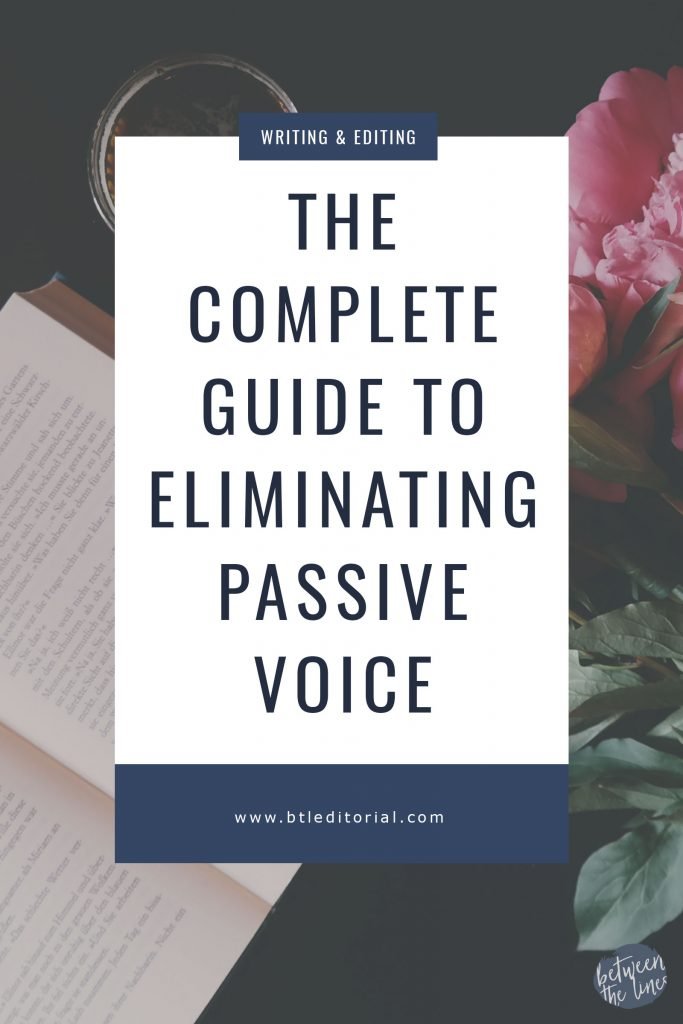 As an editor, I see nearly everyone using passive voice in their writing. While passive voice isn’t always wrong, it’s wordy and ineffective. It’s weak and doesn’t show any conviction or strength in your language. Quite frankly, it’s annoying – I don’t like trying to figure out the actor in a sentence and as an editor, I just want writers to be clear! Don’t hide your subjects and objects and make everything a mess!

Passive voice is the second most common mistake I fix on a daily basis; punctuation is first on that list. If it’s such a pervasive mistake, how do you fix your writing to be clear, easy to understand, and engaging? The key is to switch passive sentences to active sentences. What’s the difference between an active and passive sentence? I’ve outlined the basics below.

What is active voice? What is passive voice?

If you compare the examples, you can see that active voice is concise and easy to read, and the subject and action are always close together. There are no extra words or phrases in active voice. Writing in active voice keeps your writing clear.

Now, all passive sentences and phrases will be identified by a blue squiggly line. Now that you’ve identified sentences with passive voice, you can make changes as necessary.

How do you change from passive to active voice?

Changing from passive to active voice is easier said than done. Make the subject do the action. Shift the focus from the direct/indirect object back to the actor.

Instead of this: The monument was visited by Hannah.

Try this: Hannah visited the monument.

Notice in all of the examples that in changing a sentence from passive to active voice, we got rid of variations of “is/was/were.” This is an easy way to identify passive voice. If you have a past
participle in front of your verb, chances are that you’re writing in passive voice.

When can you use passive voice?

Sometimes, passive voice is necessary or just makes more sense. The general rule is that when the person/object being acted upon is more important than the doer, use passive voice.

In this example, we don’t really care who assassinated Lincoln. I mean, technically we do, but Lincoln is way more important than John Wilkes Booth. Here, the object, President Lincoln, is more important than the subject/actor, and you can express that with the passive voice. [Ok, maybe this isn’t the best topic for an example, but like I said – you almost never use passive voice!]

Changing sentences–or paragraphs–from passive to active voice doesn’t have to be hard. Once you’re able to identify the basic parts of the sentence that contribute to passive voice, switching things up becomes a lot easier! By simply moving parts of your sentence around, your writing can take on a whole new life and attract more readers.

Whether you’re writing a novel, self-publishing an e-book, or just want to make sure your college paper shines, eliminating passive voice is the easiest trick to take your writing to the next level.

And, if you’re still feeling overwhelmed or just want a second set of eyes, pop on over to my contact page or the Between the Lines Facebook group for assistance!

18 Comments on The Complete Guide to Eliminating Passive Voice