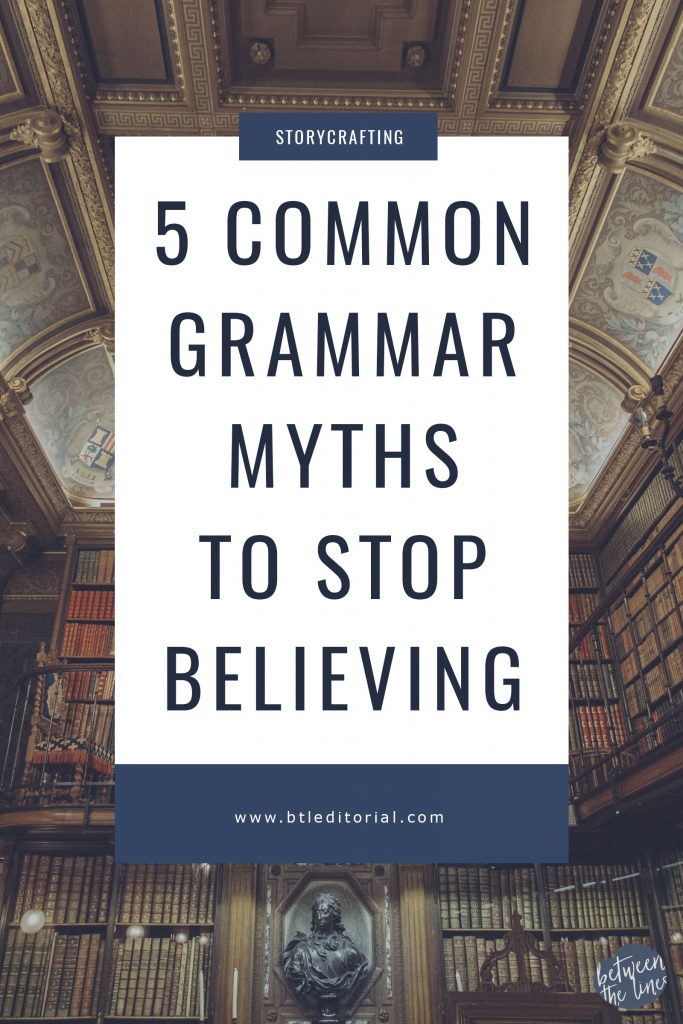 1. You can’t end sentences with a preposition.

You’ve probably been told by a teacher or professor to never end a sentence with a preposition. Wrong! You can totally end a sentence with a preposition. This rule was devised as part of a misguided attempt to align English grammar with Latin grammar back in the day. Needless to say, it led to a crazy (and dumb) “rule” that a lot of writers believe.

It’s generally accepted that you can end a sentence with a preposition in the following structures:

If you can’t figure out what structure your sentence is, don’t worry. You can also use your best judgement and/or try rewording a sentence to not have a preposition at the end. Check out the examples below. The prepositions are highlighted in red.

Yes, up is a preposition, but it makes sense to use it here. If you had to rearrange this sentence to not use up at the end of the sentence, you’d have some kind of Yoda sentence: “Throw up the baby did.” As much as I love Star Wars, nobody should be writing like Yoda.

If you tried to rearrange this common question to not have a preposition at the end, you’d have, “For what are you waiting?” Nobody speaks like this! When in doubt, use your best judgement to figure out if it makes sense as is or gets confusing when reworded.

Like the example above, this would be clunky if it was reworded/expanded. Leave it as is!

2. You can’t start a sentence with a conjunction.

Conjunctions are words like and, but, if, and so. They’re used to connect clauses, sentences, or words. The myth is that you shouldn’t start a sentence with a conjunction because it indicates an incomplete thought or clause in the sentence before. That’s bogus.

I didn’t start using conjunctions at the beginning of sentences until my undergrad years at university. I was both an English and political science major, so I did a lot of writing. None of my professors had an issue with my writing style. Long story short, there’s no grammatical rule to go by when busting this myth. Using conjunctions at the beginning of a sentence is writer’s preference.

In the example I’m using to illustrate split infinitives, the infinitive is in red and the adverb is in blue.

You should use passive voice when you don’t know the subject, aka who/what performed the action.

In both of those above examples, we don’t know who made the mistakes or created the problems, but we do know the mistakes/problems exist. Keep it simple and write these sentences in passive voice.

You can also use passive voice when you want to focus attention on the object of the sentence. This example is from my guide on eliminating passive voice.

In this example, we do know the subject (John Wilkes Booth), but we want to focus the attention on the object (President Lincoln). By leaving John Wilkes Booth out of the sentence and using passive voice, we focus the audience’s attention on the tragedy of President Lincoln’s assassination. In situations like this, passive voice serves as a stylistic tool. Use it wisely.

This is one of the first grammar rules I learned, but as I got older, my world was turned upside down when I realized it wasn’t about what type of letter a sentence began with. It’s about how it sounds.

You should use “a” before words that start with a consonant sound.

In both examples, we use “a” because the u- beginning sounds like a y-. Most of the words this rule applies to start with u- or eu- as those will make a consonant sound.

You should use “an” before words that start with a vowel sound.

We use “an” here because MBA is pronounced with “em-” at the beginning.

Because we pronounce “hour” the same as “our,” we use “an” here.

Need an easy way to remember this? When in doubt, sound it out. Read the word in your head or out loud and listen to the sound the first letter(s) make. You’ll ace it every time!

While these are the five most common grammar myths I see writers using, there are plenty of others. What are your favorite grammar myths to debunk? Let me know below!